As the postal votes trickle in for the remaining seats, the situation seems to be getting firmer (see previous analysis here) on top of the 72 locked-in seats for the Coalition - Capricornia remains on a knife edge but the remaining seats are looking more and more like Coalition wins except for Cowan and Hindmarsh (likely to go to the ALP).

I've cobbled together simulations for each seat of 100 potential non-ordinary vote futures (thin red lines below), all of which go to the LNP in Flynn, Gilmore (already called for the Coalition on ABC) and Herbert. In Forde it's less clear but still 90 simulations are predicted the LNP's way; in Capricornia, 54 pick the LNP making it a real toss-up, and Hindmarsh has only 31 to the LNP and Cowan 6. I may explain how I put the simulations together in a later post.

According to this so far (and things can easily change - my assumptions are cobbled-together and by no means rock solid), the Coalition is looking pretty well set for 75 seats, likely for 76 and still very possible for 77 seats. 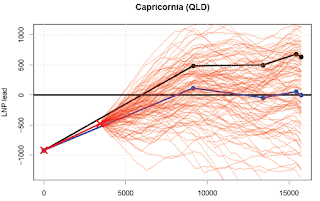 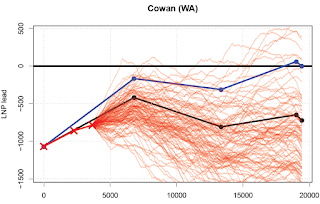 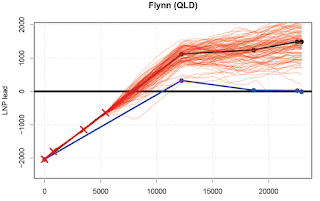 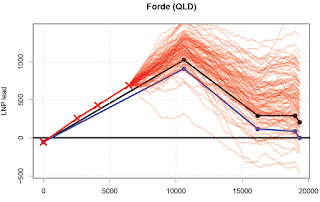 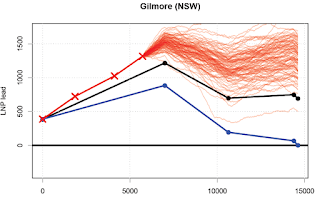 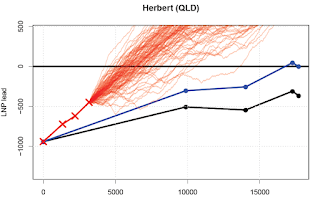 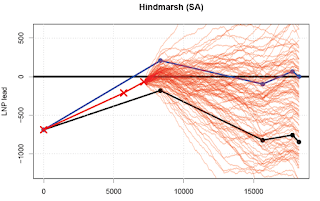